Jaw back for more 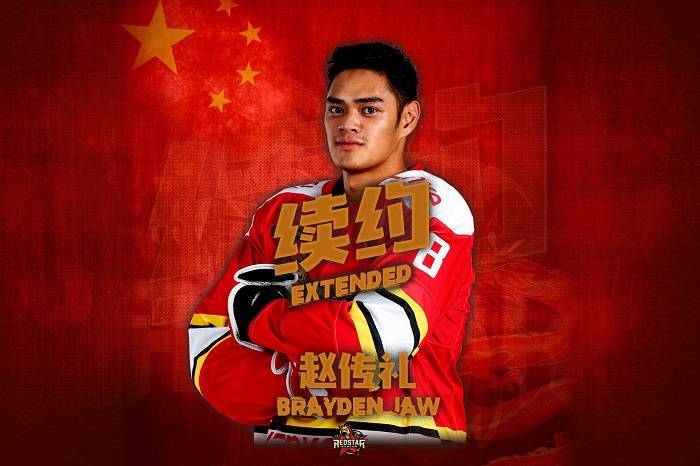 Brayden Jaw is the latest player to confirm his return to Kunlun Red Star. The versatile 27-year-old has been with the club for two seasons already, making 71 KHL appearances, and is eager for more after agreeing an extension that takes his contract through to 2020.

The Vancouver native was one of the players recruited via the KRS camps in North America. With a promising junior career and a successful spell in the NCAA at Harvard, Jaw had a solid hockey foundation. But the call from Red Star was also a chance to live the hockey dream after a year out of the game. After graduating Harvard with a major in economics and an ECAC championship medal, Jaw expected to hang up his skates and pursue a regular career – but within a year Kunlun got in touch and challenged him to prove his worth at the highest level. A frantic rush to regain full fitness followed, and after successfully getting through the organization’s North American scouting camps, he joined us in Shanghai at the start of the 2017/18 season.

From that point on, it was a learning process: Ivy League at college, now major league on the ice, Jaw found himself in a utility role, swapping defense and offense according to the team’s needs. Gradually, his minutes increased: 7:17 per game in his first season became 9:31 in his second. The historic 3-0 victory at home to Ak Bars last October brought a first KHL goal, although the KRS injury curse last season restricted Jaw to 28 games.

Then, of course, there’s the national program. With two full seasons playing club hockey in China completed, Jaw is eligible to represent his ancestral homeland in international play once his citizenship process is done. That puts him firmly in the frame for a role in the 2022 Olympic process as the countdown to that sporting celebration gathers pace.