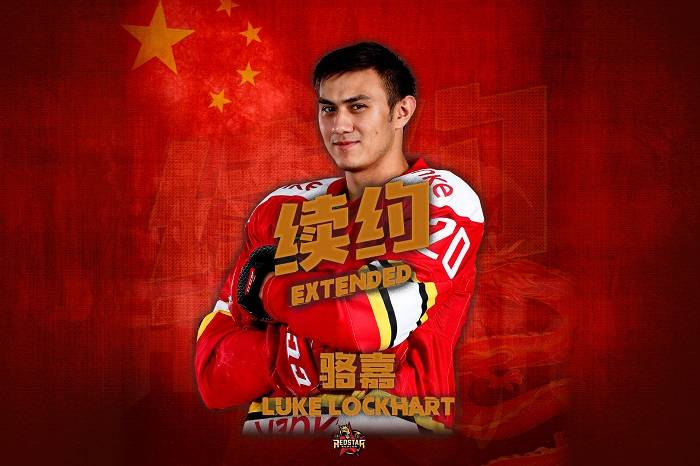 When Luke Lockhart moved to China, he was freshly graduated from the University of British Columbia. The young center, a friend of our own Zach Yuen, had impressed at one of the North American try-outs organized by Mike Keenan during his stint behind the bench and was invited to come to China to develop his game further. The expectation was that Lockhart would divide his time between the KHL and the minor leagues, building on the progress he’d made in college hockey and, earlier, as captain of the Seattle Thunderbirds in the WHL.

The reality was rather different. Luke needed little time to adapt and quickly found himself with a regular role on Red Star’s senior team. In December 2017, he celebrated his first goal in a 3-1 win over Dinamo Riga. In total, over two campaigns with our club, Lockhart has played 97 games for 13 (3+10) points – and made just one appearance in the VHL, which also produced a goal.

That’s the kind of progress that exceeds expectations. Luke adapted swiftly to a new environment and took on a new role within the team: after four seasons as a top-six forward at UBC, he was asked to play as a bottom-six center for Red Star, with all that implies in terms of game time and scoring opportunities. It’s very much a position for an unsung hero, with few chances to hit the headlines, but it’s a crucial part of the team, providing much-needed depth to the roster.

Luke’s solid contribution in the past two years has secured him an extension to his contract: now 26, he’ll be back with us this season. Meanwhile, as another of our Chinese heritage players, the Burnaby native is also looking to push his way into the national program in the build-up to that all-important 2022 Olympics. We’re all looking forward to seeing how much more progress he can make towards that target in the months ahead.