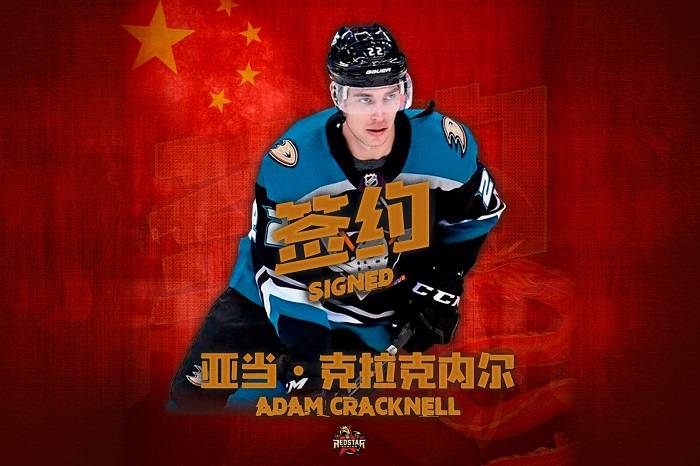 Our little corner of Beijing is fast turning into a new Californian outpost. The signing of experienced forward Adam Cracknell makes it three acquisitions from the San Diego Gulls, following the earlier arrival of defensemen Andrej Sustr and Trevor Murphy.

Those two blue-liners won’t be the only familiar faces greeting Cracknell in China: during his time with the Dallas Stars he played under coach Curt Fraser, who will be continuing behind the bench here at Kunlun. Indeed, that 2016/17 campaign in Dallas was the last full season of NHL action that Cracknell enjoyed. Subsequently, the center had sporadic appearances for the Stars, the Rangers and the Ducks while dropping down to the clubs’ AHL affiliates as required.

Noted as a hard worker, Cracknell, 33, made 210 appearances in the NHL after debuting with the Blues in 2010/11. A career spent mostly as a bottom six forward yielded 43 (21+22) points and a reputation as battling presence who could be relied upon to do a job for his team. He’s also achieved a measure of international recognition, getting a call-up to play at the Spengler Cup for Team Canada last December and getting all the way to the final before losing out against Finland’s KalPa. Our KHL rival Metallurg Magnitogorsk was also at the tournament, but managed just one overtime win in Switzerland.

Cracknell is also no stranger to hockey adventures. In the past he has featured in Australia’s annual Ice Hockey Classic series, which pits representative teams from Canada and the USA against each other in several cities Down Under while raising funds for the Stop Concussion charity. It also, of course, helps to promote the game in an exotic hockey location – something close to our hearts here in Beijing. Welcome to the Dragons’ Lair, Adam Cracknell!