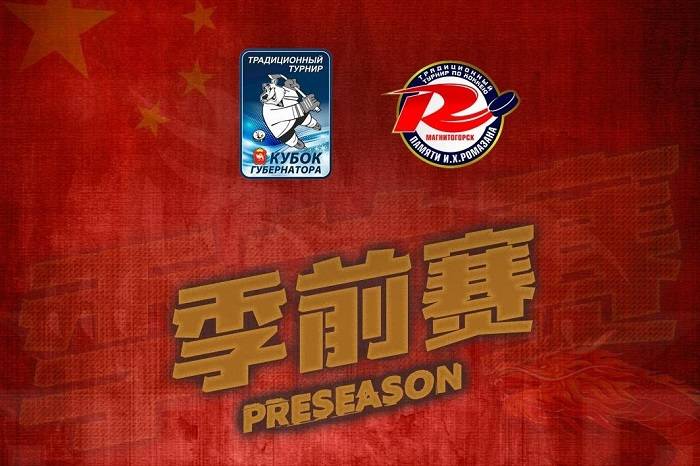 It’s one week until next season’s KHL fixtures are announced, and three weeks until our players report back for pre-season. So, let’s have a look at how Red Star is going to get ready for the 2019/20 campaign, the fourth in the club’s history.

It all starts in Beijing on July 25 when the players come back from vacation. For several of our new signings, this will be a first look at the club’s facilities and a chance for everyone to get to know their new team-mates. After three days of medical tests and other preliminaries, the first of the summer’s camps will get underway in the Chinese capital from July 29-August 7. In the middle of that, our guys will tackle their first games at a pre-season tournament . The opposition will include two Chinese teams in Russia’s second-tier VHL – Tseng Tou and our own farm club, ORG. Yermak Angarsk, also of the VHL, represents Russia and there’s an intriguing visit from Arizona State University’s Sun Devils, the face NCAA team to visit Beijing. The students will bring one player who knows all about hockey in China: freshman forward Peter Zhong was born in Beijing and has represented China’s national team in World Championship play.

The Beijing event marks a change of emphasis. In previous campaigns, pre-season has often started off in Europe. Back in 2016, our club’s very first action was in Finland; we’ve also been regular participants at the Sochi Hockey Open and last season saw a spell in the Czech Republic before the action got underway for real. But now, with a new facility of our own in Beijing, it’s the perfect time to introduce our roster to China and help generate that sense of ‘home’ that can help us make the Shougang Arena into a real fortress in the coming campaign.

After that first camp on home ice, the action moves to the Urals. This season, Kunlun will play in two pre-season tournaments. First, from Aug. 10-13, it’s the Chelyabinsk Region Governor’s Cup. Metallurg, Severstal and host team Traktor provide the opposition here. Then it’s on to Magnitogorsk and a date with the Ramazan Memorial Cup. It’s a tournament with happy memories for us: in 2017, Red Star won the cup. This year’s edition runs from Aug. 22-25 and will pitch us into battle against Traktor and Metallurg once again, with Sibir making up the quartet.

After those competitions, it’s back to China for some final fine-tuning in Shenzhen before the KHL season gets underway at the start of September.