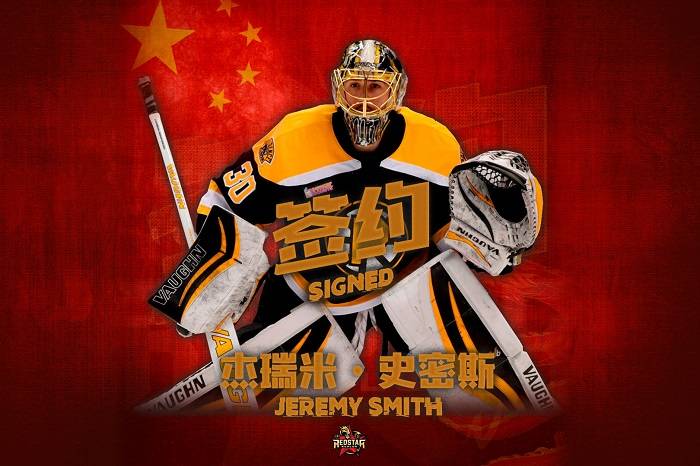 The search for a new goalie is over – Jeremy Smith is the latest addition to the Dragons’ roster. The 30-year-old American is joining Red Star on a two-year deal after a career spent primarily in the North American minors.

But don’t assume minor league means minor achievement. Smith brings trophy-winning experience as an MVP in the Cincinnati Cyclones 2010 Kelly Cup triumph. He’s also had a taste of the big time, making 10 NHL appearances for Colorado in 2016/17. His employers have included the Predators, the Blue Jackets, the Bruins, the Hurricanes and most recently the Islanders. For most of those organizations he featured in the AHL, often emerging as a stand-out performer. At the Bruins, for example, his sequence of 13 wins in 20 games for Providence in 2016 could easily have earned him a spot on the NHL roster had it not been for the extraordinary depth of goaltending talent in Boston at the time.

Around that time, speaking to the Boston Globe & Mail, Smith outlined some of the qualities that make him a real asset for Red Star. “Anything that’s happened to a guy in the minors has happened to me,” he said. “So any team that’s looking at me can say, ‘This guy’s gone through everything and he’s still where he’s at.’ You can throw anything at me and I think I can deal with it. I think that’s a testament to myself and also my work ethic.”

Unflappable by nature, hard-working and with prior experience of backstopping teams to success – just the qualities needed to be a stand-out goalie in the KHL. Welcome to the Dragons’ lair, Jeremy Smith!