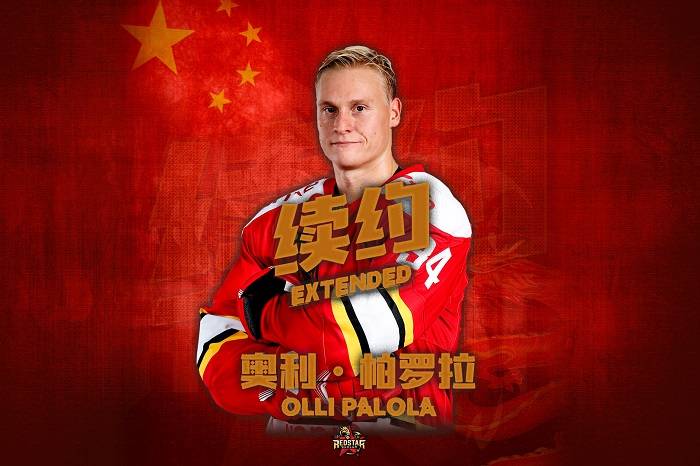 With 25 (19+6) points for Red Star last season, Olli Palola enjoyed his most productive KHL campaign. Previously he’d scored 24 points in a season with Jokerit, but he revelled in his role as one of the go-to guys for Kunlun’s offense and finished the campaign third in team scoring behind Brandon Yip and Ville Lajunen. Along the way, the Finnish international also potted the first hat-trick from a KRS player – and in dramatic circumstances, with two late, late goals forcing a 5-5 tie against Sibir on Nov. 28.

That scoring returns reinforces Palola’s status as a sniper: in his most productive seasons, he’s tended to have more goals than assists and this sharp-shooting right winger is at his best when presented with a chance to fire the puck at the net. That was what encouraged our previous head coach Jussi Tapola to bring Olli to the club: the two had worked together before at Tappara. It’s also helped to persuade Red Star to retain the 31-year-old’s services with Curt Fraser behind the bench for the coming campaign.

Prior to his first KHL season, back in 2015/16 with Vityaz, Palola spent his entire career in Finland. Along the way, he collected three silver medals in the Liiga and was part of the Finnish team that lost out in the 2014 World Championship final against Russia in Minsk. After that spell with Vityaz, Olli moved on to Sweden’s Vaxjo Lakers for a term before coming back to the KHL with Jokerit and then Kunlun. He stands 179 cm and weighs in at 80 kg.