Back in the Dragons’ Lair 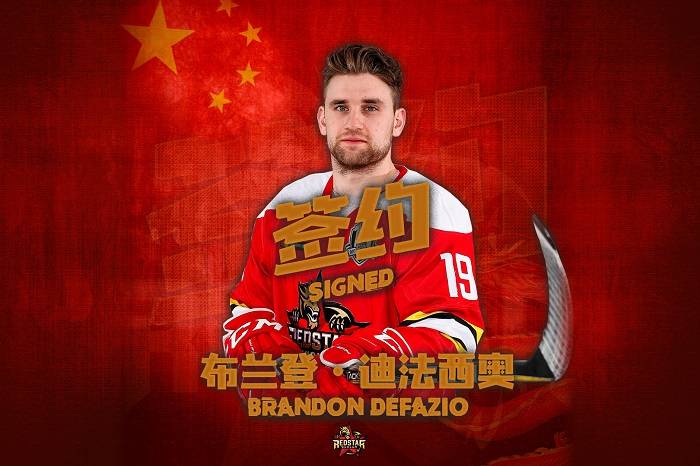 Brandon DeFazio was one of the players who arrived at the club with Mike Keenan for the start of our second KHL season. It was the Ontario native’s first time outside of North America, at the age of 28, and it’s fair to say that it took him some time to settle. 15 (10+5) points in 55 games represented a drop-off in his scoring as he adapted to the bigger ice and different playing style encountered in Eurasian hockey.

However, it’s never a good idea to overlook a talented player. DeFazio may have left the club after that campaign, but our staff continued to monitor his progress. And last season brought a big return to form with Finnish outfit Lukko. Brandon compiled 40 (19+21) points in 59 appearances in the Liiga, confirming his successful adaptation to a new style of hockey. Now we’re looking forward to welcoming Brandon back to the club, boosted by valuable additional experience and ready to bring his free-scoring game to the KHL.

Earlier in Brandon’s career he was a stand-out college player at Clarkson and found himself on the radar of several NHL teams. After spells within the Penguins and Islanders organizations, he made his debut in the big league with the Vancouver Canucks in 2014-15. Six seasons primarily played in the AHL prompted the 4625px forward to look elsewhere and join Red Star for the first time back in 2017.