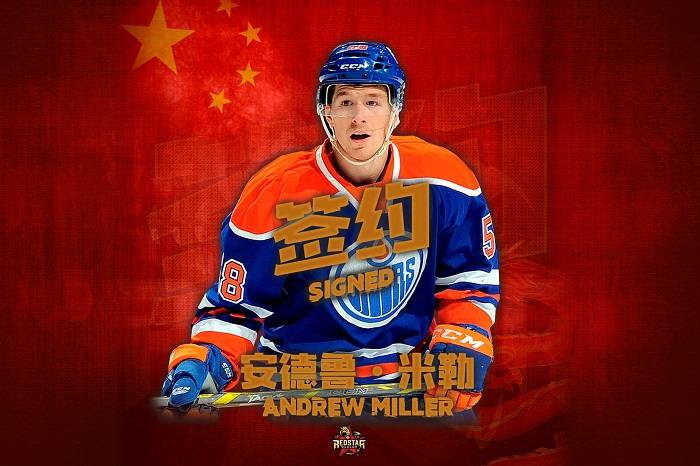 Fleet-footed forward Andrew Miller is one of the guys defensemen love to hate. His small size – 178 cm, 82 kg – makes him hard to catch; he has a habit of slipping through the clutches of the opposition and getting to the danger zones. However, he’s not afraid to mix it against bigger opponents when needed and can battle it out as a center as well as playing on the wing.

It’s a combination that made him a prolific scorer in the AHL, collecting 232 (79+153) points in 280 appearances in Oklahoma, Bakersfield and Charlotte. In the NHL, he accumulated 15 games for Edmonton, collecting one goal and five assists. Traded to Carolina, he was unable to break into the NHL roster there but continued to score freely in the AHL and was third in scoring in his final season with the Checkers, getting 52 points in 55 games.

The Michigan native also made a big impact in his college days, helping Yale to its first ever NCAA National Championship in 2013. He potted the overtime winner against UMass Lowell in the semi-final and had a goal and an assist in the Championship game against Quinnipiac. Last season he took the big decision to move to Europe and joined Fribourg-Gotteron of the Swiss NLA alongside Swiss international goalie Reto Berra, who also left Carolina at the same time. In Switzerland, Miller had 27 (11+16) points in 40 games on a struggling roster, ranking fourth in team scoring.