Preparations for 2022 continue apace, with the Chinese Ice Hockey Association staging another camp in Beijing to run the rule over potential players for the national team at the Beijing Olympic Winter Games. Over the course of 10 days on the ice and in the gym, about 50 players with Chinese heritage took part. Many were born here in the People’s Republic, others came from the Chinese diaspora in the USA, Canada and Russia. 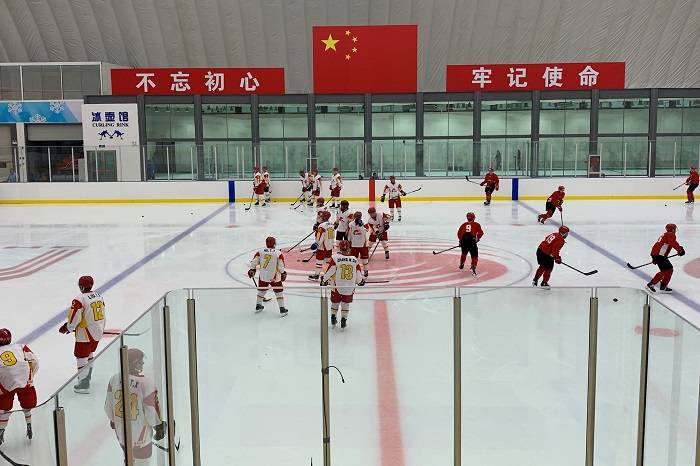 Several of the participants are already familiar to Red Star fans. They’ve represented our club at all levels, from the KHL to the youth leagues. Names like Chris Seto, Rudi Ying, Josh Nicholls, Ryan Riggs, Mikael Tam, Colin Joe, Luke Lockhart, Sun Zehao, Zhang Pengfei, Jordan Liem, Zhang Dehan, Mikhail Boyarchuk, Konstantin Blinkov and Paris O’Brien are all part of the fabric of our club. Alongside them were several guys who might, in the coming season, come to our club to further their development. After all, where else could they prepare for the Olympics? As we know, the IIHF’s rules require any potential national team player who didn’t begin his hockey career in China to spend at least two seasons playing in the country before representing it in international hockey. Right now, there are just two full seasons left before the Beijing Games, so the most promising players will be heading our way.

Of course, the coaching staff at Red Star could hardly overlook this opportunity to the local talent pool: Curt Fraser, Alexei Kovalev and Steve Casper were actively involved in the coaching and Mikhail Bykov faithfully recorded everything on video, creating a portfolio for every candidate. Now, after going over all that material in detail, the coaches can start picking out the players who are ready to step up to the next level and might be able to bring something to our teams in the KHL structure. 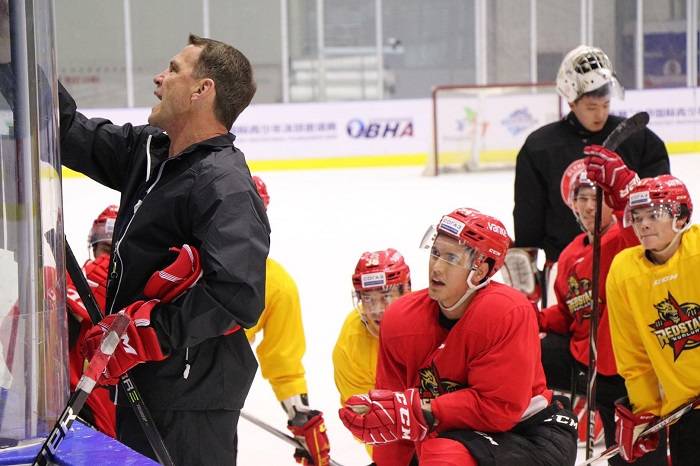 According to Kovalev, they will find some worthy candidates.

“It was a good camp,” said Red Star’s assistant coach. “There were quite a few decent young players. Of course, there’s still a lot of work to do with them, but they have potential and I think a few of them could play in the KHL, VHL or MHL.”

Kovalev, of course, has the trained eye of an experienced, world-class professional. He’s more than capable of spotting and unlocking the potential within a talented youngster. He enjoys the challenge of introducing raw recruits to the intricacies of the game and passing on some of his own unique skills. So there’s every hope that in the near future some of these prospects will be contributing to our ranks. 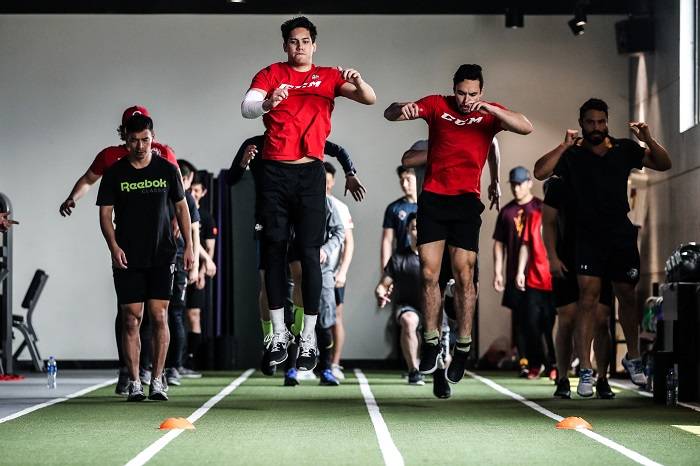 The camp finished with a fully-fledged game between the rookies and the guys who were part of China’s World Championship roster in Belgrade last month. The final score spoke volumes about the work that’s still needed: it ended 10-0 in favor of the rookies. Even without that, we could assume that players with experience in the KHL, Europe and North America would be stronger than home-grown Chinese talent. Now we have a clear indication of how big the gap is – and that gives us every cause to believe that we can bridge it before the next Olympics.