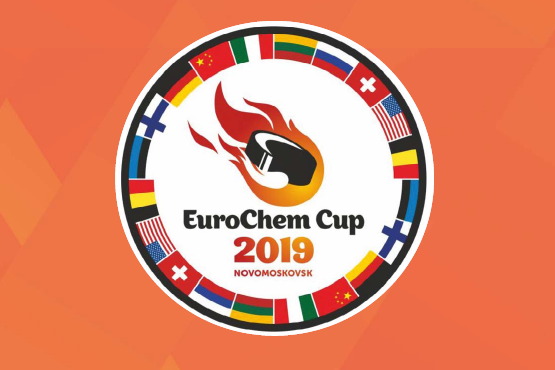 Kunlun’s kids are getting set for one of the most prestigious tournaments in children’s hockey. The youngsters are due to play in this year’s EuroChem Cup, held in Novomoskovsk, Russia, on May 26-29.

It’s Red Star’s first involvement with the tournament, which brings together 14 leading teams from 10 countries, and sees the competition break new ground as it welcomes its first Asian team. Other competitors are arriving from various parts of Russia, Estonia, Lithuania, Switzerland, Germany, Finland, Belgium and the USA. Like China, Italy is also represented for the first time at this year’s event.

The teams are divided into two groups of seven, with KRS due to face Russian clubs Sever, Yurmaty Salavat and Severstal, plus Switzerland’s Leysin Sports Academy, HC Klaipeda from Lithuania and Belgium’s Antwerp Phantoms.

For Red Star, this is the latest in a busy program of schoolboy hockey events. In April, our U12s took part in the UTLC Cup in Kazakhstan. Later that month the kids also made their first appearance at the famed Gazprom-Neft Cup, Europe’s biggest tournament for U11s played at Sochi’s Olympic venues.

And it all forms part of the organization’s commitment to building a hockey culture in China from the ground up: the elite-level stars playing in the KHL also serve as ambassadors and inspiration to the youngsters encountering this great sport for the first time, while the club’s extensive network of junior, youth and children’s teams gives a new generation the chance to play the game and progress through the system to achieve the highest possible level.

About the EuroChem Cup

Fertilizer manufacturer EuroChem began investing in hockey in 2011 with a program of building rinks in the places where it had facilities in Russia. The first of these was the Novomoskovsk arena, which now offers training to up to 500 children a day. In 2013 the first EuroChem Cup took place and since then it has grown into the international event we enjoy today. The 2019 edition will involve 238 young hockey players; since its inception, more than 1,250 kids have taken part.

This year’s competition has, for the first time, received official backing from the International Ice Hockey Federation. IIHF President Rene Fasel said: “The EuroChem Cup is a fantastic example of how sport can bring together young people from around the world to compete, to make friends and to embrace new cultures. We applaud EuroChem for its determination to continue developing the tournament.”

Kunlun’s participation in the tournament is co-sponsored by Shenzhen Enjoy Fertilizer Co.