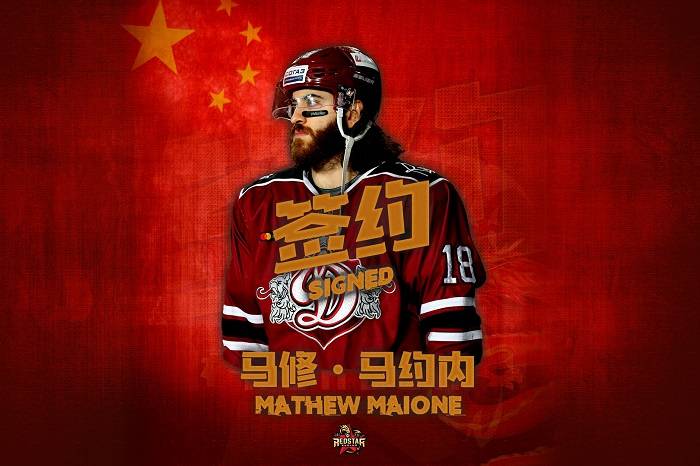 Kunlun Red Star is proud to announce its first new signing of the summer – and the player in question made a big impact on and off the ice in his first KHL season.

Mathew Maione has agreed a one-year deal with Red Star, having played for Dinamo Riga last term. The 28-year-old established himself as an effective two-way D-man, collecting 46 (11+35) points from 58 games with the Latvian club and earning a call-up to the All-Star Game in Kazan. And that’s where Maione demonstrated a hidden talent as a singer. His impromptu performance of ‘Ho Hey’ by the Lumineers became one of the most-watched clips from the All-Star weekend and led to a follow-up show in Riga with a local rock star.

More importantly, though, Maione proved himself to be a defensive rock in the KHL, building on a wealth of experience in Europe and North America. Three seasons in the ECHL brought 100 points from 150 games before the wanderlust struck and Maione moved across the Atlantic. Slovakia was the destination, Banska Bystrica the team: he scored more than a point a game in the regular season and had nine from nine in the playoffs. Then it was Finland, and a season at KalPa before joining Dinamo.

Maione’s signing also adds a new nation to Red Star’s repertoire: although Canadian born, he also holds an Italian passport and is listed as the KHL’s first Italian player. That makes Italy the 15th country to be represented on the KRS roster in three seasons so far – staking a claim for the club to call itself the most international in world hockey.

“We are very happy to add a player of his quality to our organization”, said KRS Vice-president of hockey operations Scott MacPherson. “I would like to thank our coaches, players and management for their help in this process. It was truly a team effort. Mathew is one of the top level caliber defenseman in the KHL and we are delighted to have him joining our organization. We look forward to announcing several other signings in the coming week.” 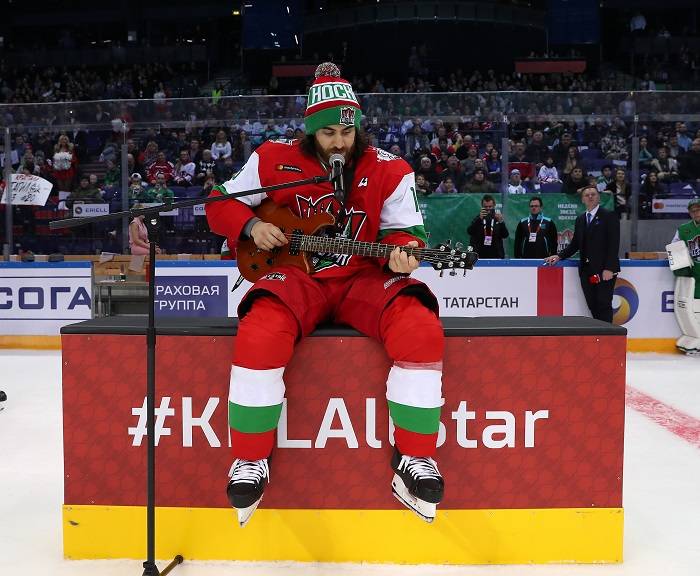