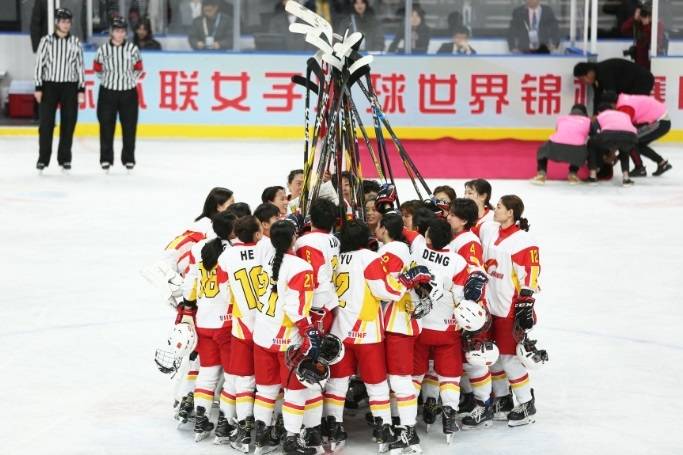 After a bright start for China’s women, it was a frustrating finish at this week’s IIHF World Championship Division IB tournament in Beijing.

Our girls were flying high after victories against Latvia and Korea in the opening two games, but a 0-4 loss against the Netherlands dented the team’s confidence. While the Dutch went on to top the group with a perfect record, the Chinese suffered further defeats to Poland and Kazakhstan and came in fourth.

Nonetheless, there were encouraging signs to report. Red Star forward Xin Fang was the team’s leading scorer with five goals. The left-sided forward, a month away from her 25th birthday, got two of those in a 5-2 win over Korea – a win over the eventual tournament runner-up that gives grounds for confidence in China’s potential to be competitive in the women’s game. Don’t forget, that Korean team boasted extensive Olympic experience from last season – something that can only boost China’s own efforts to build a team to represent the country in 2022.

Other big pluses included the crowds attracted to the tournament. Our new Shougang Arena saw an average of more than 1,000 spectators at the games. China’s match-ups brought an average of 1,582. IIHF President Rene Fasel was among them – he took in some games during a visit to Beijing to see how the Olympic project is progressing. By contrast, last year’s equivalent tournament, played in Italy, managed just 2,275 fans in total at the 15 games, an average of just 151. Here is clear evidence that China and Red Star are making progress in encouraging fans to follow hockey.

Ahead of China, the medals went to the Netherlands, with promotion to Division IA the reward for winning gold, second-placed Korea and Poland in third. Kazakhstan’s victory against China on the final day lifted it off the bottom of the table and condemned Latvia to relegation to Division IIA.