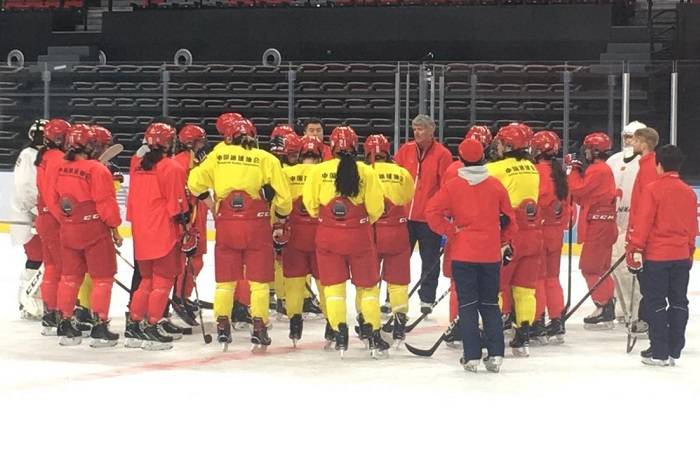 Goalie Wang Yuqing, defensemen Yu Baiwei, Zhao Quinan and Liu Zhixin, plus forwards Fang Xin, Kong Minghui and Zhu Rui make up the KRS contingent on Jakob Koelliker’s roster for the upcoming competition, which runs April 6-12 at our very own Shougang Arena. The girls have come off the back of the Rays’ CWHL campaign, where most of them were ever-presents in the 28-game regular season. They helped the team come agonizingly close to booking a playoff place: in a championship dominated by stars from last year’s Olympic medal-winning nations, our roster tied on points with the Toronto Furies and had a better goal difference than its Canadian rival, but missed out due to collecting one victory less than Toronto.

The next challenge for our Lady Dragons is to try to lift China to Division IA, the second tier of international competition. China has not played at that level since 2011, and finished fifth out of six teams in last year’s tournament in Italy. This time around, with home advantage, Koelliker and his team are targetting top spot in a group that features last year’s Olympic host, Korea, plus teams from Latvia, Kazakhstan, Poland and the Netherlands.

China’s opening game at Shougang Arena against Latvia on Saturday went smoothly and ended with a 3-0 win with Fang Xin adding a goal to Lu Shuang’s two markers. Next stop is Korea 24 hours later. After a rest day, the newly-promoted Dutch roster provides Tuesday’s opposition then it’s Poland on Wednesday. The tournament finishes Friday with a China vs Kazakhstan showdown to complete the action.