Stars of the future

Kunlun Red Star is about far more than just the first team’s KHL action. More than just a hockey team, this is a project aimed at transforming hockey in China and inspiring a new generation to put their skates on for the first time and share in the thrills and spills of the world’s fastest team sport. And even our younger Dragons are making waves.

This month sees Red Star’s U12 team take part in a prestigious international tournament in Astana. The fledgling Dragons will be one of just six teams invited to the UTLC Ice Cup in the Kazakh capital. The kids will take on schoolboy teams from four other KHL clubs – host team Barys, Lokomotiv Yaroslavl, Dinamo Minsk and SKA St. Petersburg – plus a roster from Lowen Frankfurt in Germany.

The invitation is a fine reward for the youngsters’ efforts. Under the guidance of head coach Fu Lei, this roster of kids from Beijing and Shanghai has developed into one of the most exciting teams in the Red Star system. Lei is renowned as one of China’s top coaches, with more than 10 years of coaching experience. Among his former charges is Rudi Ying, who became the first Chinese-born player to score a goal in the KHL. Now he is looking forward to testing his charges on the international stage and recognizes that, regardless of results, the experience will be priceless for these emerging Chinese hockey prospects.

“Every hockey player dreams of competing at international level,” coach Lei said. “It’s a great thrill for my players, our staff and me to get this opportunity to test ourselves against some of the leading youth teams from Europe, Russia and Asia.

“For a club as young as ours to get the chance to take part in an event like this rewards the progress our organization has made in a few short seasons. More importantly, it offers a unique experience for our players and helps us to develop further and faster in the future. We’re hoping to spring a few surprises in Astana, but whatever happens on the ice, being a part of the competition is going to be a big win for us.”

Kunlun’s invitation is recognition of the club’s status as China’s sole representative at the top level of world hockey. It also reflects the ever-expanding ties between the nations on the Silk Road, an ancient connection between East and West revitalized in the modern, globalized world.

The competition runs April 8-13. On arrival, the teams will be divided into two groups of three before a knock-out classification round on April 12-13. All the action will take place at the Barys Arena in Astana, the 12,000-capacity home arena of Kazakhstan’s KHL representative and soon to stage IIHF World Championship Division IA action as the host nation bids to return to the Elite Pool. 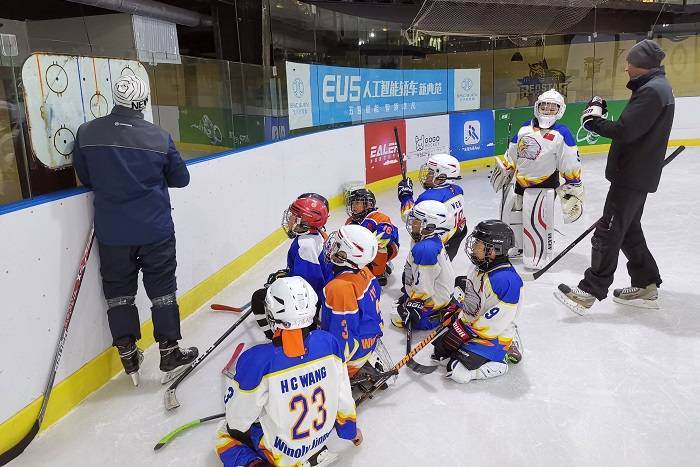