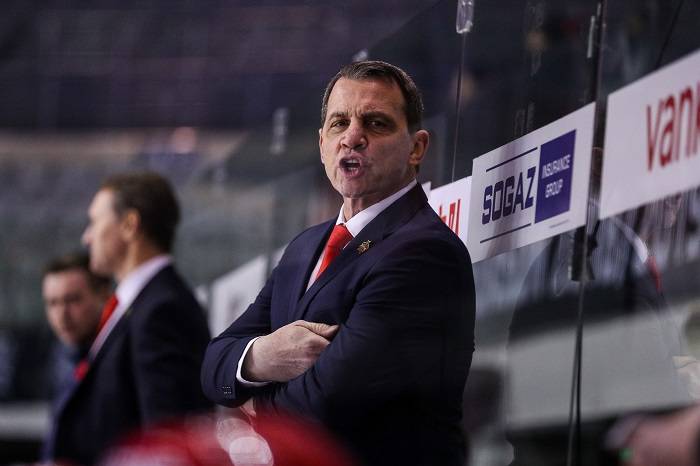 Kunlun Red Star can confirm that head coach Curt Fraser will be back next season to continue the work he began with the team in January.

Fraser, 61, took over behind the bench following the departure of Jussi Tapola on Jan. 18th. He took charge of the final 12 games of the regular season and, in that time, made a big effort to bring more Chinese and Chinese heritage players into the roster. For the final two games of the campaign, Red Star had nine Chinese players dressed – a huge leap forward for the club as it helps the national hockey program build towards the 2022 Olympic Winter Games in Beijing.

Fraser’s brief spell at the end of last season did not bring an immediate upswing in results: by the time he took charge of an injury-ravaged roster, the team’s hopes of making the playoffs were already merely theoretical and it took time to lift the roster out of its poor midwinter form. However, it quickly became clear that there were improvements in the team’s play; the incoming coach soon found a common language with his players.

The future should bring an even greater focus on nurturing Chinese talent. One of Fraser’s tasks for the coming season is to build a roster that enables Red Star to have more than half its Dragons eligible to represent China in three years’ time. At the same time, the competitive aim is to secure a playoff place.

Curt Fraser enjoyed a long career as a player in the NHL, with more than 700 appearances for Vancouver, Chicago and Minnesota. He was the inaugural head coach of the Atlanta Thrashers franchise and also had staff roles with the Islanders, the Blues and the Stars. His previous experience outside of North America includes two World Championship campaigns with Belarus in 2007 and 2008.

Fraser’s contract is for one year, with the option to extend if both parties are satisfied with the outcome of next season.