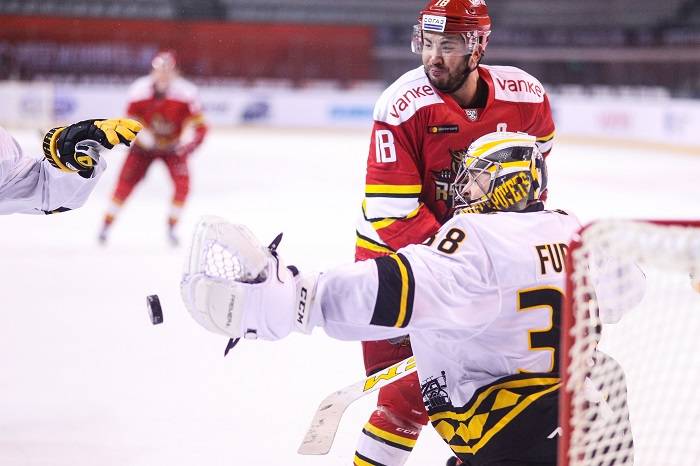 In some respects, this game was our season in a microcosm. From our on-going injury crisis – eight players unavailable today – to that sense of key moments going against the team, much of this loss felt like a continuation of the themes of recent weeks. Throw in an opponent hitting its best form of the campaign, with Severstal’s lowly league position belying its undefeated record in 2019, and all those old problems were exposed once again.

Some of it comes down to dumb luck, some to an inability to make the most of the opportunities that present themselves. Against the Steelmen, Red Star played some enterprising hockey in the first period and had a significant advantage in terms of goal attempts and time on offense. Unfortunately, there was no such reward on the scoreline. Instead, Severstal got the only goal of the opening stanza when ex-Kunlun defenseman Arturs Kulda set up a counter-attack that ended with a neat finish from Evgeny Lapenkov when clean through on Tomi Karhunen’s net. The best moment for Red Star came when Ville Lajunen dinged a slap shot against the piping; once again, fine margins spell the difference between success and failure.

Recent games have also seen some below-par efforts in the second period. All too often, a promising position has been eroded and points lost in the middle stanza. Mindful of this, Red Star focused on improving after the intermission and, in terms of performance, arguably delivered. As in the opening session, Kunlun outshot the opposition and played almost a third of the session in Severstal territory. Once again, though, luck was against us. An early goal from Geoff Kinrade, another former Dragon, doubled the visitor’s lead. Brandon Yip, captain reliable, hauled us back into contention with a power play goal seconds before the hooter to make it eight points in seven games for him. Sadly, Severstal went straight down the ice to add a third goal through Dmitry Markovin and smother any nascent fightback.

The final third saw Dominik Furch continue his imposing form in the visitor’s net. The Czech international was at his best throughout the game and his 38 saves played a huge part in earning his team the win here. For all Red Star’s efforts in the closing stages, there was simply no way past this immovable barrier. An empty net goal at the other end merely added insult to all those injuries.