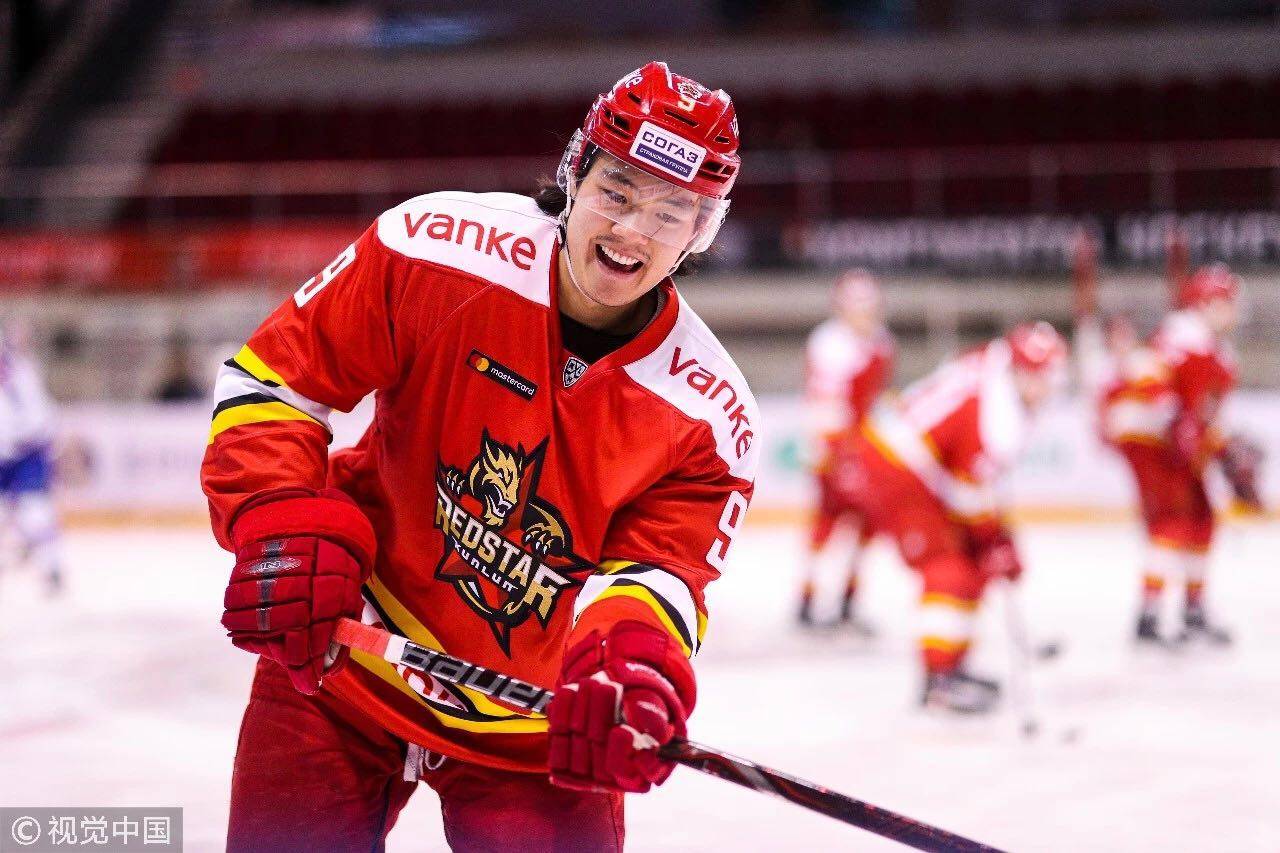 Joonas Jarvinen climbed aboard the team bus and headed for his usual seat, five rows back on the right-hand side. But this time, the Finn found someone in his spot.

“This is my seat,” said Jarvinen, abruptly. Like everyone at Red Star that night, he was in a bad mood after a 0-5 loss to Ufa in a game marred by repeated fights.

Jarvinen is a veteran on this team. He has 120 appearances for the club, including five playoff outings. Back this season for a second spell after an injury delayed his arrival in the summer, the defenseman is one of the cornerstones of Jussi Tapola’s roster. Finding a rookie in his seat did nothing to improve his mood.

That rookie was Chris Seto, just 21 years old and fresh from life in the obscurity of the Silk Road league. Hastily gathering his things and looking for another seat, he sat down in the accustomed spot of goalie Tomi Karhunen, who was away disposing of the remains of his pizza. When Karhunen returned, Chris was up on his feet again, but this Finn wasn’t bothered and marched to the back of the bus.

For a KHL rookie, that kind of thing is one of the challenges that isn’t covered in the coach’s playbook. Seto admits he can be a bit overawed by his more experienced colleagues. In the locker room, his seat is next to Brandon Yip; most of the time he focuses on what his captain is saying.

“I’m a quiet and shy guy,” Seto said “I like to sit there in silence and slowly take it all in. But when I start getting to know these guys, I’m sure the banter will flow.”

Seto, born in Canada to parents from Hong Kong, is one of many players on our roster who was attracted to the Red Star organization by the chance to represent China on the international stage. And his KHL debut was an important step on this long path.

“The day of that first game, the guys decided that I should go out first, be the first one on the ice,” he recalled happily. “It’s a bit of a ritual for a rookie in his first game, you go out and everyone is watching you. It’s a cool feeling.”

But what other people couldn’t see were the nerves. “Honestly, I was so nervous I didn’t really know what was going on. Then I jumped on the ice and sprinted and when I got the puck I could relax. I even got a little excited, trying to show what I had to offer. It felt like I was doing OK.”

Before stepping up to the KHL, Chris played in the Silk Road League for the KRS-ORG team. In 36 games he was the second leading scorer with 29 (18+11) points. That was a breakthrough after just five goals and one assist last season. The difference was down to hard work. “All summer, whether on or off the ice, I practiced very hard,” Seto said. “Strength, fitness, shooting, skating – no matter what, I wanted to work on everything.”

So when the senior team had an injury crisis last December, GM Raitis Pilsetnieks called on Seto. “We needed a forward, and Chris is one of the most dangerous forwards in his league,” he said. “Of course we wanted to give him a chance.”

It wasn’t Seto’s first link up with the KHL squad. Last March he was part of the club’s Olympic training camp and in July he joined the seniors for a pre-season camp in the Czech Republic. But competitive action in the big league is a potentially career-defining opportunity: perform on the ice, and your future can open up overnight.

In his first six games, Chris made a solid contribution. He’s strong and difficult to knock off the puck, and possesses an eye for a good pass, especially under pressure. But he still needs to pick up experience in front of the opposition net where, at this level, chances can be hard to come by.

It’s a good skill set for a fourth line forward and Chris is very clear about what he has to do. “I’m trying to play, to make the most of every shift,” he said. “That’s what everyone expects from the fourth line. I need to bring energy to the ice, to let the other guys get a breather. We’re out there to fight, to create opportunities and to keep the opponent away from our net.”

But, like any forward, Chris wants to be judged on his goals. At home to Admiral, he saw one great scoring chance go begging. Andrej Vitasek fired in a shot, the rebound bounced into the danger zone, but Seto was a fraction too deep to stuff the puck home. A chance missed, he turned back to the bench amid frustration and shaking heads.

In the New Year, back in Ufa, that opening goal came at last. Going into the game, Chris was feeling his best. as he got a new helmet an hour before the face-off. Previous one was a little tight causing slight headache. That headache came back just 54 seconds into the action when the host scored on the power play. But KRS responded with a counter-attack. Luke Lockhart led the rush then sent play back to Sam Lofquist on the blue line. The American defenseman’s low shot turned into a perfect pass; Seto was poised on the doorstep and got his stick down to redirect the puck into the net.

Seto’s first goal had arrived. His teammates shared the excitement of the moment and rushed to congratulate him. Back on the bench, the youngster could afford a big grin.

“I was waiting for my first goal; before that, all I could do was to train hard,” he said.

It was a big moment for Pilsetnieks, too, after plucking Seto from the Silk Road League.

“He deserved that goal, our system needs someone to take away the goalie’s eyes when shots are coming in from the point,” said the GM. “When Lockhart scored in the previous game, Chris was right there, screening the goalie. In Ufa he did the same thing. The only way to get goals is to work hard.”

It’s tempting to assume that a 21-year-old playing in a top league is blessed with good fortune. But, for a professional, luck is never enough. Chris takes nothing for granted and he’s on the ice every day to make the most of his potential and be the best athlete he can.

“I like his attitude best of all,” said head coach Tapola. “He’s happy to do the hard work on defense, he does what we need in our system. Now he’s gaining confidence and scoring will follow.”

Players always say their next goal is their favorite. Seto has just opened his account in the KHL, while still adjusting to a new level and playing with a new line. He describes himself as “a player who can score goals while organizing the offense.”

“I hope that in the future I will play an increasingly important role for the team,” Seto concluded.