The playoff race and a Christmas cracker

Our run of home games continues with three visitors from the West – and the promise of a Christmas cracker against SKA St. Petersburg on December 25. The sequence starts with our playoff prospects on a knife-edge, as Jussi Tapola’s men are ahead of Traktor by the tightest of margins as the season heads into a crucial stage. Two of our opponents, Dynamo Moscow and Vityaz, face a similar battle in the Western Conference, setting up a pair of games that should be full of intrigue. Kunlun’s injury problems continue on defense, with Marc-Andre Gragnani and Blake Parlett still struggling for fitness and Krisjanis Redlihs out with a long-term complaint. Among the forwards, Cory Kane and Johan Sundstrom are currently on the injured list.

Last time out: It’s only a couple of weeks since the teams met in Moscow, with Dynamo edging a 4-3 verdict on December 5.

Familiar faces: Goaltender Alexander Lazushin spent four full seasons with Dynamo before moving on in search of a role as a first choice netminder.

Background: This feels like a game where Red Star has a point to prove. Two weeks ago our guys led twice at Moscow’s Megasport Arena only to finish on the wrong end of a 4-3 scoreline. It was a tough loss to swallow but there’s a chance for swift revenge. Since playing us, Dynamo has lost twice – against Vityaz and SKA – before picking up victories against two struggling teams in Severstal and Admiral. In five previous encounters, Red Star has never defeated the Blue-and-Whites; our best result came in last season’s home game when the game went to a shoot-out before the visitor took the points.

Danger men: Andrei Alexeyev’s two goals made the difference when we played Dynamo in Moscow. However, the forward is on the injured list at present. Top-scoring duo Vadim Shipachyov and Dmitry Kagarlitsky both have five points from their last five games.

Last time out: Red Star won 2-1 in Podolsk on Nov. 3, with Brandon Yip and Wojtek Wolski getting the goals.

Background: Like Dynamo, Vityaz is scrapping for points to secure a playoff spot in the Western Conference. Valery Belov has transformed the team from perennial outsiders to genuine contenders in the race for the top eight and at the time of writing the Warriors of the Moscow Region are on a four-game winning streak that includes a sensational, streak-busting 2-0 home victory over league leader CSKA. However, the team has not been so impressive on the road, picking just five regulation time victories in 16 games and collecting just 43% of the points on offer. That’s the worst return of any team currently in a playoff place.

Danger men: Finnish forward Miro Aaltonen leads the scoring with 32 (16+16) points and could be the man to fire Vityaz to the playoffs just as he did two years ago. Alexander Semin is close behind Aaltonen and has three goals in his last five games.

Last time out: October’s 1-5 loss in Petersburg continued a miserable record for Red Star against SKA; in five attempts, the best result was a 3-5 defeat in December 2016.

Familiar faces: Magnus Hellberg’s stellar form in goal for Red Star last season moved his career up a notch for club and country and landed him a move to SKA back in the summer.

Background: Prior to flying to Shanghai, SKA was expecting a crowd of over 70,000 at its Western Conference summit meeting against CSKA. It’s safe to say the surroundings at the Feiyang Skating Centre will be rather more modest, but there is much for Red Star to learn from SKA on and off the ice. This Christmas meeting, though, is all about bagging much-needed points. The form book might suggest it’s unlikely – SKA has won its last five, allowing just two goals along the way – but the same form book gave us little chance of defeating Ak Bars or CSKA this season. And what is Christmas, if not a time for dreams to come true?

Danger men: When a team provides the backbone of the Olympic champion, it’s tempting to suggest that everyone is a danger man. For a relatively new hockey audience like ours in China, though, the chance to see the offensive prowess of Pavel Datsyuk and Nikita Gusev at first hand is something not to be missed. 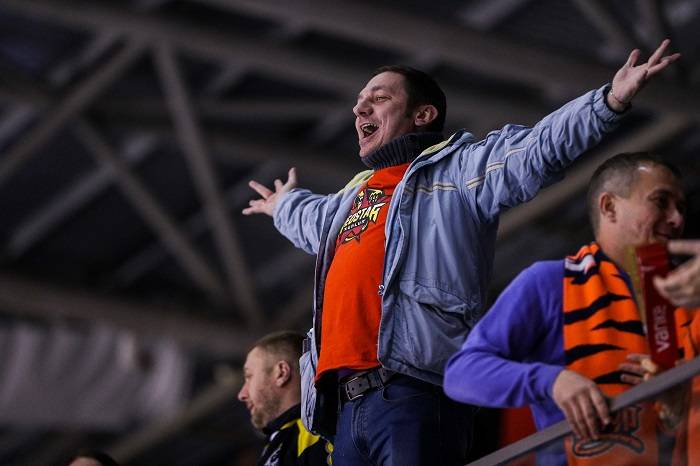