Back between the piping 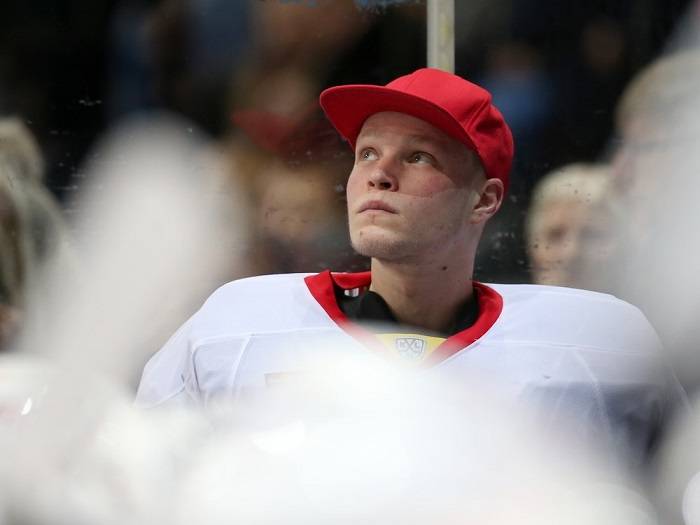 Finnish goalie Tomi Karhunen played a big part in creating Kunlun Red Star. Back in our inaugural season, he was a regular feature in the team and was established as first-choice goalie by the time of our debut playoff campaign. It was Karhunen who earned the club’s first ever post-season victory when he made 32 saves in a 3-1 success against Metallurg Magnitogorsk in February 2017.

Karhunen’s return reunites him with head coach Jussi Tapola: in 2016 the pair were together as Tappara won the Finnish Liiga. That was the goalie’s third championship in his native land (the others were at Karpat); he also picked up a Slovak title on loan at a pre-KHL Slovan Bratislava.

Now the 29-year-old is back at the club, so what has he been doing since he left China early in his second season with Red Star? The first move kept Karhunen in the KHL. He went to Vityaz but found it hard to get games, picked up an injury and ended last season in Switzerland with Ambri-Piotta. Turbulent and disappointing, he played just 14 games in the whole campaign.

This term saw Karhunen head to Sweden where he signed for Brynas. Now he was getting regular action again – 12 games, 2.27 GAA and a 91.6% save ratio – and attracted Red Star’s attention as we look to replace Barry Brust and keep Alexander Lazushin on his toes in the race to be the first-choice netminder. For Karhunen, the chance to return to the KHL was too good to turn down, especially with a coach he knows well and has shared success with in the past. Is it too much to hope for some more post-season wins next year?