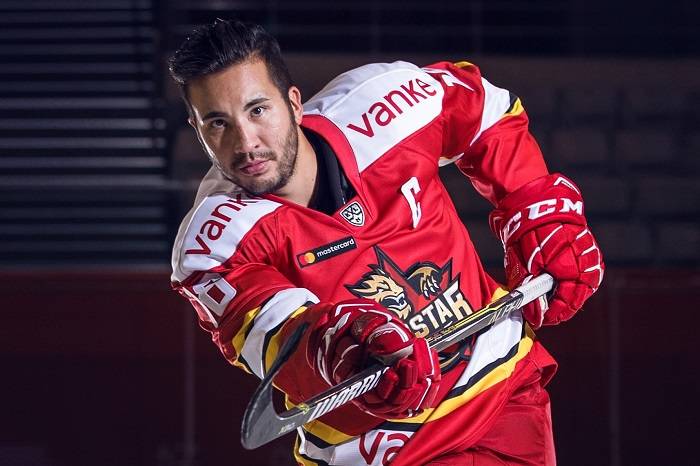 No sooner had Olli Palola potted his first KHL hat-trick than Brandon Yip repeated the feat. Once again, Sibir was the victim, and this time our captain’s treble secured a 4-2 victory over our Chernyshev Division rival.

This one also came with a little piece of history: Brandon, who is expected to be part of the Chinese national team program by the end of this season, thus became the first Chinese player to score a hat-trick in the KHL. When we caught up with him, he admitted that potting a treble wasn’t something that happened all that often in his career.

– I’ve not had too many, just one other in pro hockey when I played in Germany. Other than that, maybe a few in college or in juniors but that’s about it. It doesn’t happen too often to me.

So this must rank among your most important?

– Oh, for sure it’s the most important. This is the KHL. Getting a hat-trick at this level is pretty cool, but more importantly it was a great team win for us. We needed to win that game, it boosts us in the standings and puts them a little further behind.

The previous day Olli Palola scored a hat-trick. Maybe that was a bit of inspiration for you?

– Oh yeah, Olli inspires me every day with the way he works at his game. It was great for him to get that hat-trick and our team showed a lot of character to come back like we did. We all were really happy for him.

And you became the first Chinese player to get a hat-trick in the KHL?

It’s pretty cool. It’s just one of those things that you don’t think about too much, but it’s always nice when it happens. It was more important that we needed that win and we got it done.

You’re tied with Olli on 10 goals in the race to be the team’s top goalscorer. Is that something that matters for you?

No, not really at all. We’re more focused on winning, it doesn’t really matter who scores the goals. We just wanna do our best and grow as a team and I think we’re doing a good job of that so far. If you look at us now we’re a different team from the start of the season. If we play our game we are real tough to beat against any team in this league. We just want to focus on wins, on making it to the playoffs and going from there.

And finally, now you and Olli have scored hat-tricks, do you think that might inspire your fellow forwards?