Marc-Andre Gragnani is off to the 2019 All-Star Game after being selected as one of the Chernyshev Division’s top defensemen by a panel of hockey journalists. Gragnani’s nomination maintains Kunlun’s record of sending a player to this annual showcase in each year of the club’s existence – and represents a second appearance for Gragnani himself.

“Last time I was in Astana and everything went really well, the event was very well organized,” the Canadian blue liner said. “It was fun to meet some of guys from other teams I’d never had a chance to play with. And in general it was really nice time I spent there.

“I also took part in couple of skills competitions: I was part of team relay and also the passer for giving guys one-timers. Last year, I was selected by the fans; I even think I finished first. Minsk has so many fans, you know, and I was having really good season. This time, it’s a media choice, it’s a little bit different, I guess”.

The 2019 All-Star Game will be in Kazan on Jan. 19-20. The event is a highlight of the season for fans but Gragnani is determined that it will not be a distraction from the serious business of securing that playoff place.

“I’m happy but the All-Star Game is not my real goal,” said the 31-year-old. “Here at Kunlun Red Star we just try to win as many games as possible and don’t think about any individual stuff. If it comes, it’s a bonus but it never was my personal goal to go there.”

Two rounds of All-Star selection are complete. The fans’ poll selected four of Gragnani’s team-mates – defensemen Darren Dietz (Barys) and Philip Larsen (Salavat Yulaev), plus Avangard forwards Sergei Shirokov and Ilya Mikheyev. The KHL journalists voted for two more Salavat Yulaev players, goalie Juha Metsola and forward Anton Burdasov. The final choices will be made by the KHL’s Sporting Department by the end of this month and one further player will be added to each of the four teams following the MHL’s Challenge Cup showcase on Jan. 12 in Nizhnekamsk.

In 2017, Red Star was represented by forward Chad Rau at the All-Star Game in Ufa. Last season, goalie Magnus Hellberg did the honors in Astana. 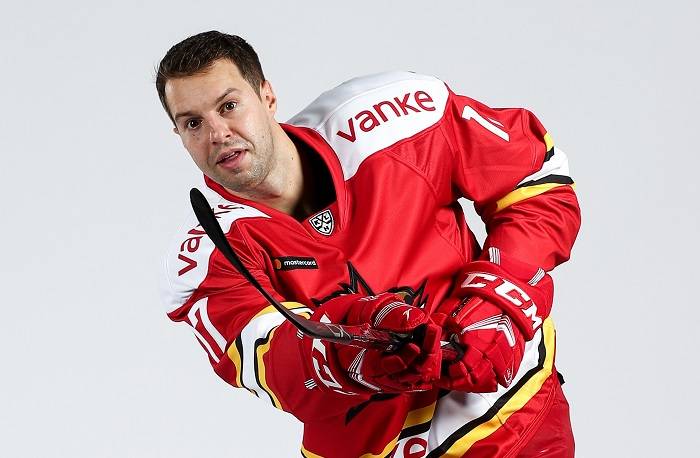