Red Star shrugged off Wednesday’s disappointment with an impressive victory over Traktor. Goalie Alexander Lazushin recorded his second shut-out of the season, making 25 saves to deny the opposition.

Jussi Tapola’s selection was boosted by the return of suspended duo Victor Bartley and Johan Sundstrom. There was also a call-up for goalie Derek Dun, who understudied Lazushin for the first time in the KHL. Thus reinforced, Red Star proceeded to produce one of its most convincing displays of the season.

Make no mistake, this win was fully merited. Long before Justin Fontain opened the scoring with a power play goal late in the second period, Red Star had taken control of the game. Cory Kane’s early shot just wide of the mark was a statement of intent and the team backed it up throughout this encounter. The first period was fairly even, but the second frame really saw our guys ramp up the pressure on Alexander Sudnitsin’s net. Fontain and Veli-Matti Savinainen tested the visiting goalie, Tomas Kundratek peppered the target with long-range efforts. Fontain almost squeezed a shot through Sudnitsin’s defenses midway through the game; a video review confirmed that the goalie just stopped it on the line. Even a penalty against Taylor Beck did not slow the momentum, with Greg Squires fashioning a good short-handed chance before shooting wide of the mark. 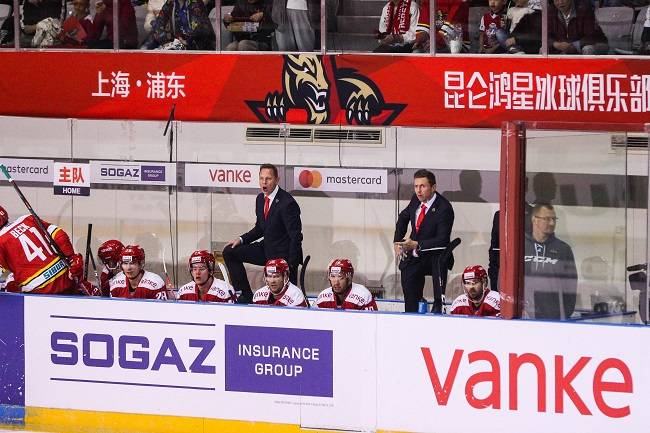 So, when Igor Isayev found his way to the box late in the middle frame, the stage was set for the opening goal. Red Star swarmed forward, pinning Traktor into its own zone. And Fontain duly delivered, putting away the rebound after Kane’s shot was saved.

The third period brought a big moment for Patrik Lundh as the Swedish forward potted his first KHL goal. Kane, again, was at the heart of the play, leading a rush that turned defense into offense and getting the puck to the slot. Lundh had got goalside of his marker and forced it home from close range to give Red Star a more comfortable lead.

It might have been more. Squires could have been off to the races late on if Josh Nicholls’ pass had not fallen short and, in the last minute, Sundstrom fired in a shot at the empty net only for Marsel Sholokhov to get back and swat the puck away from the gaping goal. 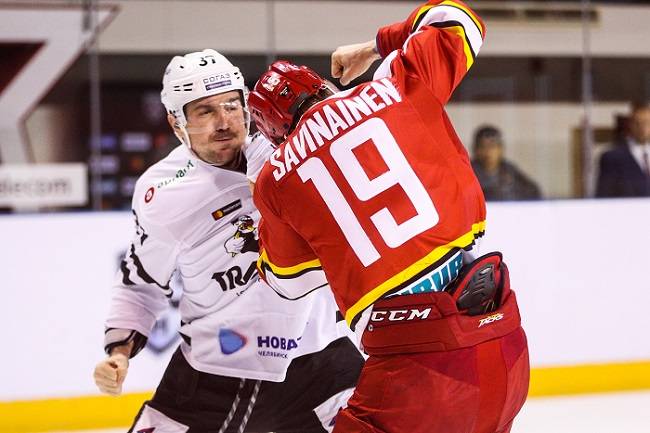 “It was a good game and an important win for us,” said Tapola afterwards. “Our goalie was excellent today. The game was quite even at the start but we had a big five-minute spell in the second period. Sundstrom’s line put in a great shift, we got on the power play then scored our goal. After that, I felt we were in control of the game, although Traktor didn’t make it easy for us.”

The victory continues our team’s recent progress. Over the last five games, Red Star has won three, took Torpedo to overtime and suffered just one loss – against two-time Gagarin Cup winner Metallurg. The ‘promised land’ of a place in the top eight is still a little way off, but there is every sign that the guys can maintain the improvement we’ve seen over the past couple of weeks and get into the fight for a place in the playoffs. After all, this is a roster that began the season still getting to know its game, still searching for its most effective combinations. A month into the campaign, things are starting to gel and the progress is clearly visible.