It was time to go home. After a long road trip to start the season, Red Star finally got to play in front of its own fans in Shanghai. A crowd of almost 4,000 came along on Sunday for the visit of Dinamo Riga and they got a glimpse of the team that Jussi Tapola is building here. Although the result went against Kunlun, this was a resilient performance with plenty of attacking intent. However, the team was undone by an opponent ready to capitalize on any lapses in concentration – and by two of our former players. 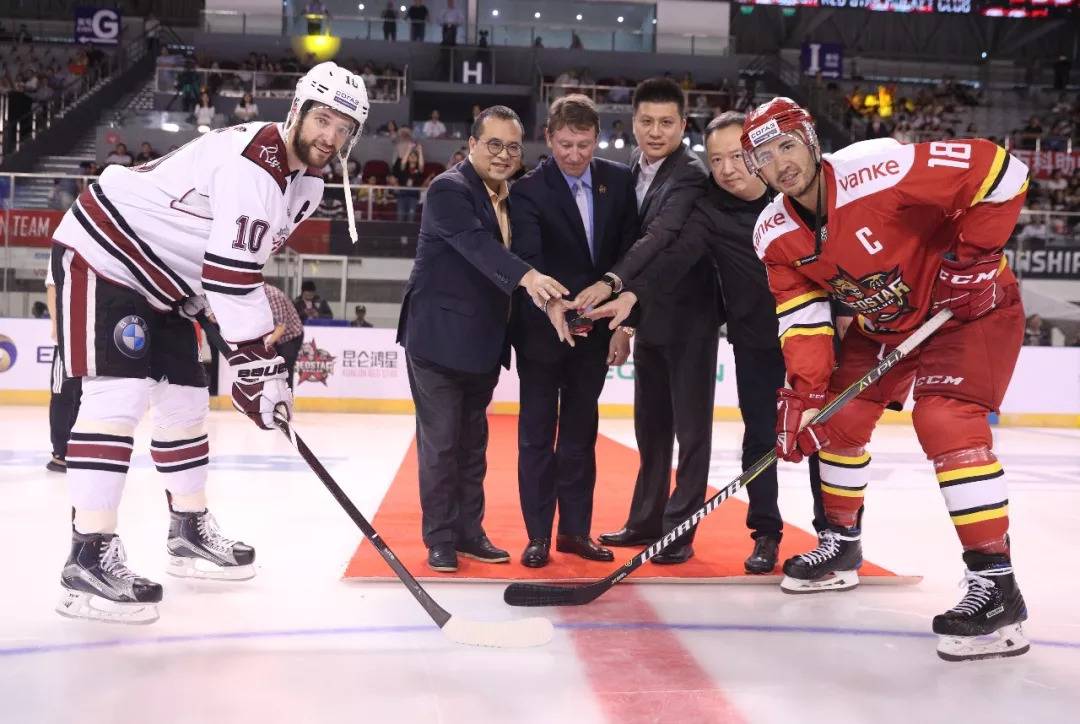 Red Star paid a painful price for a momentary blip late in the first period. After a bright start to our home campaign, with visiting goalie Timur Bilyalov working hard to keep our offense at bay, two goals in 46 seconds at the end of the opening session saw Dinamo Riga jump to a barely-deserved 3-0 lead. Kunlun had looked good value to cancel out Emils Gegeris’ opening goal until a tripping call on Cory Kane. On the power play, Matias Myttynen slotted home the rebound from a Mathew Maione shot. Seconds later Maione thumped in a point shot and, in the ensuing confusion in front of Alexander Lazushin’s net, Andris Dzerins flipped the bouncing puck over the goalie’s leg and found the target.

The scoreline was hardly a fair reflection of the play in the opening exchanges and the second stanza saw Jussi Tapola’s men redouble their efforts. And, after all the summer changes, it was a familiar face who grabbed our first goal on home ice this season. Cory Kane collected the loose puck in the corner after Brayden Jaw’s shot was beaten away; Kane found the gap to wriggle between Maione and Vitalijs Pavlovs before beating Bilyalov from up close. The chances kept coming: Taylor Beck close, Johan Sundstrom denied when clean through on Bilyalov’s net with Red Star on the PK. A moment’s good fortune at the other end too, when Dinamo had a goal disallowed and then, with the teams back at full strength, a second goal for the host. The chance resembled Sundstrom’s, but this time Blake Parlett found a way to win the duel with Bilyalov and we were back in a one-goal game.

Late in the middle frame, though, Dinamo restored its two-goal lead thanks to two former Red Star players. Linus Videll made the play down the left and fed Myttynen on the doorstep for his second goal against his old club. That goal proved to be the game-breaker: Dinamo opted to focus on defense in the final period, confident that even if it gave up one goal, it would still be in a winning position. Red Star enjoyed a clear territorial advantage, but the visiting defense did a good job of keeping our guys to the outside and restricting the dangerous moments in front of Bilyalov. With three-and-a-half minutes to play, Lazushin was replaced with an extra skater and Red Star camped in the Dinamo end for one last push. That defensive discipline remained intact, however, despite Kane and Sundstrom going close, and the game ended in a frustrating loss.