Jyrki Aho – a new challenge for his 44th birthday

Is it fair to say that this is one of the most interesting periods of your life in hockey?

For sure. That’s the thing, but I’m not that old yet! First, I’m really interested in being part of the KHL, in seeing how our team will develop and how we will cope with all the games that are coming in the future. Then, of course, it will be interesting to go to China and play our home games there. 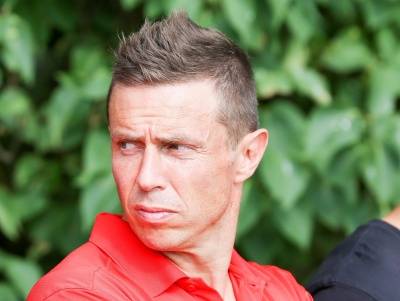 What are the best memories from your coaching career so far?

That’s easy to answer – spending six years at JYP as assistant and then head coach. Winning two championships was great, but the big thing was how tight we were there, how we all trusted each other and how we enjoyed playing and being together. Of course, that’s what I hope we can now have here with this team.

Is there a lot in your past experience that you can bring to KRS? Or are you having to adjust and find something new?

For sure, we have to learn. The KHL is a little bit different than our Finnish league and we have to learn about those things quite fast. Also, we have to get to know Jussi [Tapola]’s ideas better and better. We need to understand how he wants to play so we can all get on the same page and start helping the players and the club. We want to win games, but we want to have a nice time while we’re doing it.

You certainly had a nice time in the Netherlands with the Chinese national team last season. What were your impressions from that tournament?

It was something totally new, a very different level of hockey. But it’s still the same game, it doesn’t matter what age group or level you are playing. Of course, there were some unusual challenges, like the language. Some of the guys didn’t speak much English, I know maybe five words in Chinese. But I think we had a good time there as a team. In terms of results, we won two and lost three, but the team played as well as it could. They put everything into it and I had a chance to learn about what is here in China, about the players on the national team and their mentalities.

It’s a question of the people who are on the team. You want to get those personalities right, so everyone is going in the same direction. In my opinion, you always have to know about the type of players you have before you can decide how to play. It determines how hard you can forecheck, how fast you can play, what kind of skill level you have. You have to have some idea of how you want your team to play, but you also have to adjust a little bit to get to a level where everyone can play to his strengths. And maybe, sometimes, where you can hide someone’s weaknesses.

Finland is famous for its systematic coaching. Will KRS require more systematic work?

That defensive side is one thing, but we also want to give those freedoms on the offensive side. I think we have lots of skill in this team, so they should be creative, play the game and use their strengths to play that offensive game. Of course, the defensive side is important, but I think we have more creativeness here than in Finland. I’m happy to see that. In Finland it’s all getting a bit too systematic and it’s maybe killing the game a little bit.

How easy is it to combine the short and long-term goals for Chinese hockey – KHL progress now for KRS, and the Olympics in 2022?

As always in hockey, it’s just about the short term. But, of course, there’s a big picture that we have to look at. You need that clear in your mind. It’s like if we decided to take a trip to Shanghai. We could start by flying to Helsinki, then London, then who knows where. Or we could take a direct flight to Shanghai. Chinese hockey, and Kunlun, have to find a way to get directly to that big picture. The ultimate goal is those Olympics, but there is a long way to go and we have to work in the right way every day to make sure we get there. That work started two weeks ago, but I’ll check with Jussi and see if I can a day off tomorrow for my birthday!

And now we offer you a chance to see Jyrki Aho in really unusual action. You will see him on the ice and on the bench many times but here are unique photos taken during our team-building event which started with kayaking and ended with laser tag fight.