Mike Keenan achieved his 100th victory as a head coach in the KHL,
overcoming a man he once coached in the NHL. Neftekhimik’s Andrei Nazarov – now
one of the most experienced coaches in the KHL – played under Keenan at Boston
back in 2000. Some of that influence from that time might be visible in the way
Nazarov sets up his teams: spiky, abrasive, highly-competitive and utterly
committed to victory, something that has lifted Neftekhimik to the top end ofthe
Eastern Conference this season.

But for Red Star, on a frustrating run of form, this was a day to get back
to winning ways and return to the playoff places after being pushed aside by
Traktor the day before. Those same never-say-die qualities were in evidence here
as our guys battled past a tough opponent to take a victory that helps to
rebuild some momentum behind us.

The team’s effort was helped in no small part by Magnus Hellberg’s 27
saves, frustrating a visiting offense that included our old friend Chad Rau.
Rau, so effective in his time here last season, was limited to two shots on
target in today’s game; Hellberg had the answer to both of them, but also
enjoyed a moment of good fortune when a second-period effort from Rau rebounded
off the piping to safety.

While Hellberg was keeping Neftekhimik at bay – and a sharp save from Oleg
Piganovich early in the encounter set the tone for the Swede’s evening – it took
time for Kunlun to get in front. The opening stanza, with Red Star on the front
foot, featured no goals but was distinguished by penalties for both goalies. The
middle session saw Neftekhimik offer more threat of its own, including Rau’s
attempt, but still ended in deadlock. Only in the final period did our pressure
pay off with the winning goals.

Pavel Vorobei got the opener just 23 seconds after the restart. Red Star’s
power play delivered, finding the young Belarusian D-man all alone in a
dangerous position and generating enough traffic in front of Ilya Ezhov to help
his wrist shot find the target. The second goal came in the 56th minute as Oleg
Piganovich got into trouble trying to bring the puck out of the Neftekhimik
zone. Wojtek Wolski pounced, setting a counter-attack into motion, and

he served up a dish of an assist for Brandon DeFazio to double the lead.
That moves Wolski up to 18 assists for the season; with 25 points from 23 games,
the 31-year-old is also our leading scorer for the season, despite missing the
first few games. 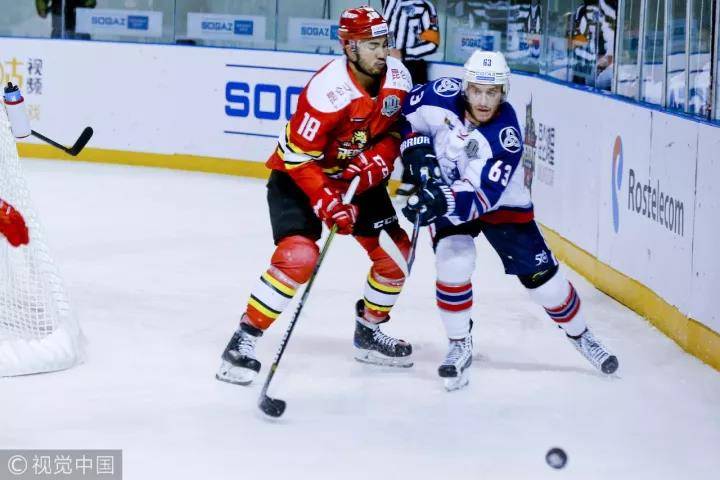 So, with Hallowe’en bringing an end to our recent run of horrors, it’s time
to look ahead. Salavat Yulaev is the next opponent, coming here on Thursday.
Victory in that game would see Red Star move ahead of the team from Ufa, further
strengthening our position in a tight-knit Eastern Conference.