&emsp;&emsp;Another narrow loss on the road was enlivened by the burgeoning
understanding between our top line of forwards. Gilbert Brule, Andrei Kostitsyn
and Wojtek Wolski produced a fine performance as an attacking unit in this game,
only to lose out to an overtime goal. 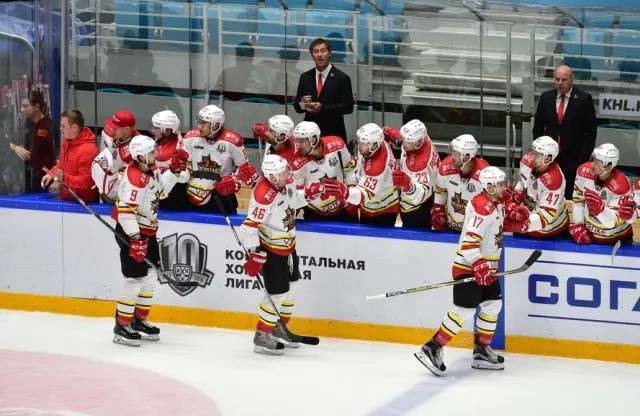 &emsp;&emsp;Brule, the most recent acquisition of the three, stood out. He got two of
Red Star’s three goals and assisted on the other one. Kostitsyn scored our tying
goal, completing a recovery from 0-2, while Wolski had a hand in all three
strikes as the team secured another point on the road.

&emsp;&emsp;After a rough first period saw Barys go 2-0 up through Yegor Shalapov and
Linden Vey, Red Star drew some inspiration from a fight late in the opening
stanza. Although Brandon De Fazio was identified as the instigator after
dropping the gloves with Artyom Likhotnikov, the skirmish seemed to galvanize
our guys. In the second period, we saw much more of what this team could do. 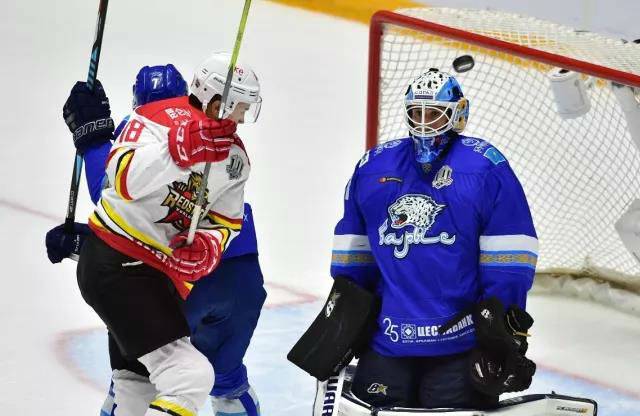 &emsp;&emsp;It started with Brule in the 27th minute, collecting Wolski’s pass and
wiring in a wrister from the top of the circle. Within 90 seconds, the scores
were level. Brule went scything through the home defense, Wolski’s shot from
close range was saved but Kostitsyn was on hand to tuck away the rebound.

&emsp;&emsp;The shape of the game was profoundly different, and it was the home team
that was feeling the strain. The Barys PK got into difficulties behind its own
net, Wolski fired in a shot that Henrik Karlsson could only glove into
no-man’s-land, and Wolski responded smartly to slip the puck to the wide-open
Brule for the go-ahead goal. Suddenly, with less than 12 minutes left, the way
was clear and an end to our three-game losing run was in sight. 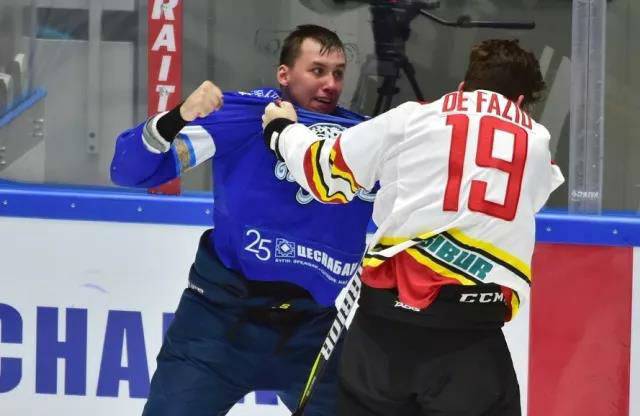 &emsp;&emsp;Sadly, while Brule & Co had got into a profitable rhythm of scoring
goals, De Fazio was destined to repeat his earlier contribution as well. If his
first-period scrimmage gave the team a shot of adrenaline, his ejection from the
game in the 52nd minute proved far more costly. De Fazio incurred the wrath of
the officials for slashing at Vey as Red Star sought to kill a penalty; his
angry reaction to the call did little to help his cause and suddenly his
personal PIM tally was up to 42. Facing a short spell of 3-on-5 play, followed
by the rest of Brandon’s five-minute major, Red Star defended bravely but ended
up undone by Roman Savchenko’s game-tying goal in the 57th minute. That dragged
the game into overtime, where Matthew Frattin got the decisive goal for the home
team.

&emsp;&emsp;Next up is a trip to Magnitogorsk on Monday, familiar territory for Wolski
and head coach Mike Keenan. Then, at last, the road trip is over and we can look
forward to a long home stand.