The final day of player trading for KHL teams was a busy one for Red Star. After adding Sam Lofquist to the defense on Tuesday, now it was time to turn some attention to the forward line. The club made three trades – one new arrival, one old friend returning and one player leaving the club.

The new arrival is Drew Shore, an American center who joins us from the Zurich Lions. The 27-year-old from Denver, Colorado, will have his first look at the KHL when he joins up with our team, but he has a guide ready to help out. His brother, Nick, is currently at Metallurg Magnitogorsk. Drew’s career includes 96 NHL appearances with the Panthers, the Flames and the Canucks; he scored 26 (9+17) points in that time. In Europe, he has impressed in the Swiss National League, dividing 90 games between Kloten and Zurich and amassing 73 (29+44) points. A U18 World Champion in 2009 and a World Junior bronze medallist two years later, Shore also represented his country at the 2014 World Championships in Minsk. Last season he helped Zurich win the Swiss championship. 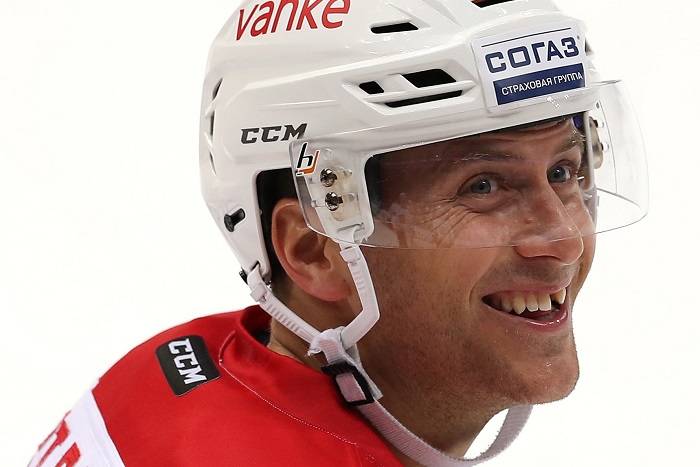 The returning friend is Martin St. Pierre. Earlier this season the Canadian born, naturalized Kazakh forward played 11 games for us and produced 6 (3+3) points in late September and October. That move was always viewed as a short-term arrangement to cover for players returning from injury, and the contract ended in November. However, the 35-year-old former Barys man remained on the radar and was happy to return to add to our offensive options. St. Pierre is noted as a big contributor on the power play and can play on the left or as a center. He’s expected to join up with the team in January in time for our home games against Admiral.

Taylor Beck was the player to leave. Our leading scorer’s form this season attracted the attention of high-flying Avangard and the prospect of joining a club with serious hopes of going deep into the playoffs was too tempting to resist. Beck arrived in China midway through last season after leaving Avtomobilist. In 60 games for Red Star, he had 35 (13+22) points. We’ll look forward to seeing him here again on Jan. 26 when Avangard comes to play.

As part of the trade that sent Beck to Avangard, Red Star also acquired the KHL rights to Swedish forward Axel Holmstrom. The 22-year-old, who began his pro career with Skelleftea, is in his second full season with the Red Wings’ AHL farm club.