With a Nordic accent 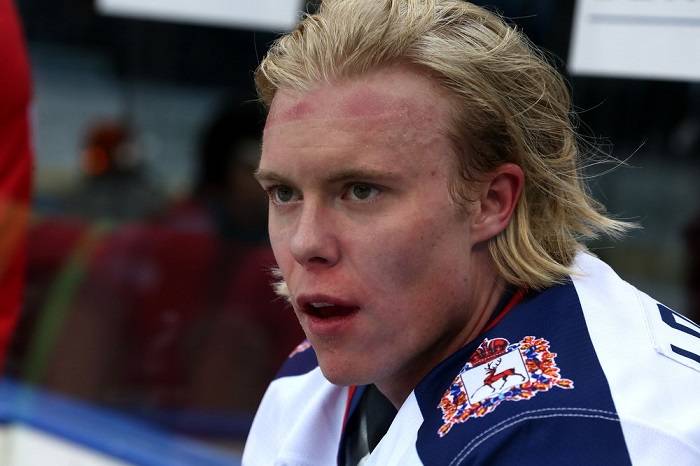 Christmas brought a gift for Red Star’s blue line in the form of American defenseman Sam Lofquist. The 28-year-old Wisconsin native penned a deal until the end of the season, swapping AHL action in San Antonio for the KHL playoff race.

It’s not the first time we’ve seen Lofquist in this league. He played for Torpedo in 2016-17, producing 13 (4+9) points in 43 regular season games and adding a further assist in four playoff outings against Dynamo Moscow. Along the way, he enjoyed a successful trip to China in October 2016, picking up a goal and an assist in Torpedo’s 4-2 win in Beijing.

Known as a two-way D-man with a big shot, Lofquist has built a reputation as a productive blue liner during a six-year stint in Europe. Success in Sweden’s second-tier Allsvenskan with Oskarshamm and Djurgardens paved the way for a move to SaiPa in Finland’s Liiga. That time in Scandinavia also saw him uncover the Swedish ancestry behind his surname and his shock of blond hair.

After Sweden, two solid campaigns in Finland saw him produce 55 points in 117 games and get a crack at the KHL in Nizhny Novgorod. After Torpedo, Sam moved on to Switzerland before returning to his native USA at the start of the current campaign.

Throughout his European career, the former World U18 bronze medallist has always helped teams to make the playoffs. Lofquist also has Champions Hockey League experience with SaiPa and represented Team USA at the 2016 Deutschland Cup. Already more than familiar with the larger ice in European hockey, Sam’s skill set has adapted to incorporate the kind of skating style needed to succeed.

After signing a contract this week, Lofquist could be available to join the team in its final engagements of 2018 at Traktor and Salavat Yulaev. Welcome to the Dragon’s Den, Sam!